Yet another UNESCO world heritage site, 60 km from Chengdu and not far away from the Dujiangyan irrigation system. It takes two hours by bus from the Xinnanmen Metro station to Qingcheng railway Station. From there bus no. 102 brings you to the site entrance of Qingcheng mountain. 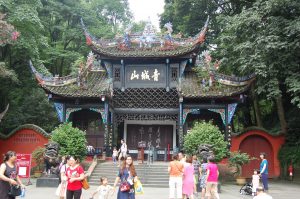 Qingcheng mountain is one of the birth places of Taoism (Daoism), a philosophy and an ancient religious Chinese tradition dated back to the 4th century BCE. It is attributed to the writings of Laozi whose existence is still in dispute nowaday. You might have come across taoistic keywords like Yin and Yang, I Ching (Yijing), Taijiquan, Qigong e.g. 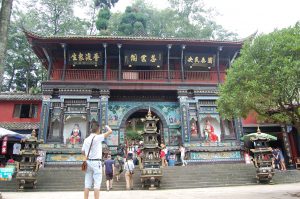 It is like pilgrimage for taoists to this mountain in addition to the scenic area and cooling greenery in the hot summer. Of course there are a lot of mainly Chinese visitors, souvenir shops and restaurants concentrating on some resting places on the way to the top such as cable car stations. 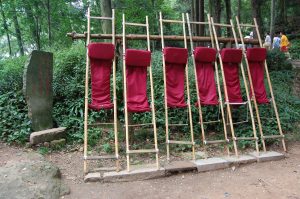 There are litters to help you to ascend parts of the mountain, beside cable car 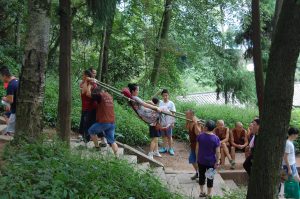 Most of the taoistic temples on Qingcheng mountain were destroyed during the earthquake in May 2008. 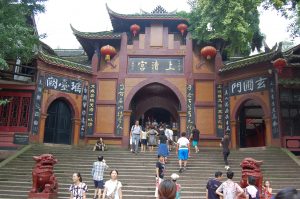 I choose to take the cable car for part of the ascension. For the rest I walk all the way long. The descension is the nicer part of the day: Leaving all the crowd behind and this alone takes more than an hour with a good pace. 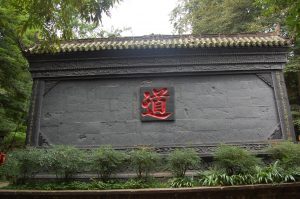 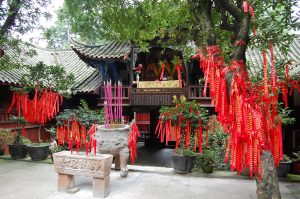 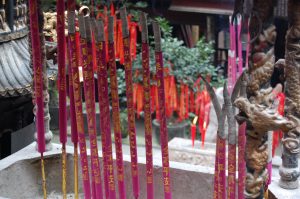 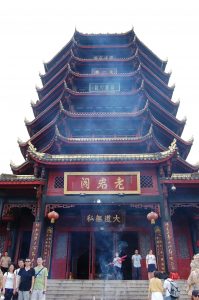 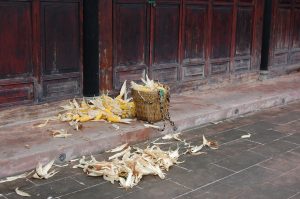