Second day in Shanghai. Having seen enough of megacities of the superlative I wanted to visit a quiet place to relax. After Shanghai (24 million inhabitants) and Karachi (23 million) Beijing takes the third position of the most populated city of the world (21 million). 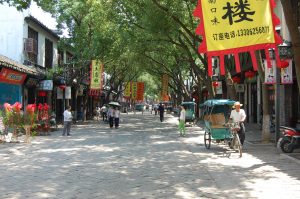 Entrance to the small town of Tongli

Next to Suzhou Tongli lies in the delta of Chang Jiang (Yangtze) river which flows into the East China Sea. It is also named Venice of the East as it has many canals and bridges throughout the town. A picturesque enclave for a day out. 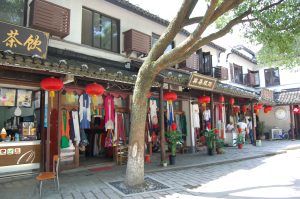 Now I am the expert and do not listen to any unsolicited adviser ?
Speed train to Suzhou (39 Yuan), at the northern gate of Suzhou’s train station, a huge building complex again, after the exit turn left to the other side of the road. There is the long-distance bus terminal. Go upstair and buy a bus ticket to Tongli (8 Yuan), 20 km futher away. 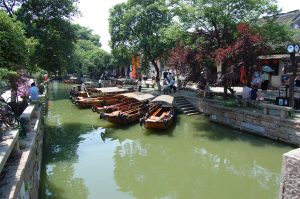 Venice of the East

Remember to take your passport along! Long-distance! The bus looks like it is going to fall apart, but still, you get a computer printed ticket and a seat number. Arriving in Tongli bus terminal you can walk 20 minutes to the town entrance or take a electric car (5 Yuan), worth the Money. Think of the long day still to come. 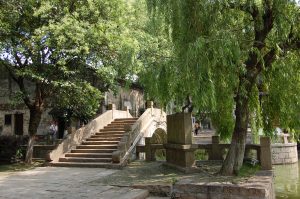 The whole journey takes 2,5 hours including asking people, looking for right places, waiting times. Later on, reading the leaflet coming along with the entrance ticket (100 Yuan) I found the information, there should be a coach going from Shanghai long-distance bus terminal to Tongli every hour and it would take an hour drive. Why don’t they put it in their English web site, too? 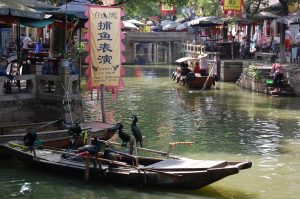 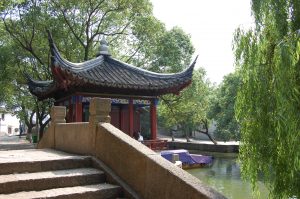 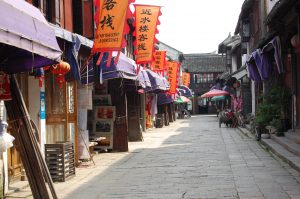 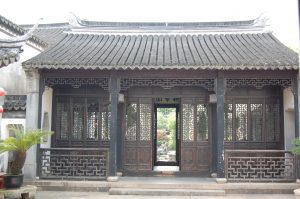 Noblemen had their residence here 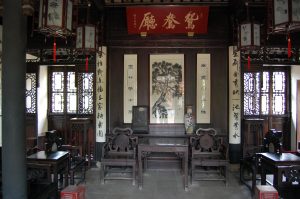 A reception hall of the court 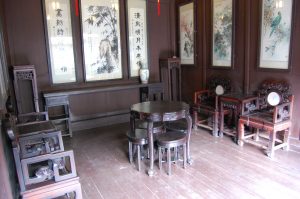 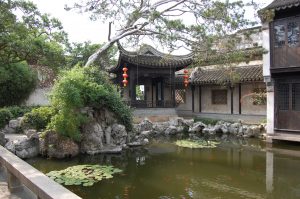 The garden of the court 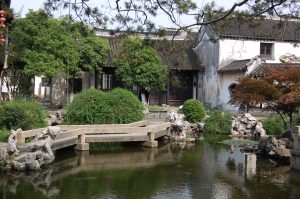 Surrounded by music and study pavilions 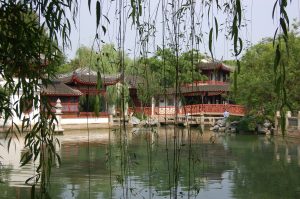 The garden of another residence 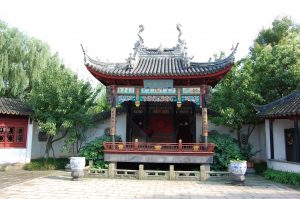 With own stage for theatre 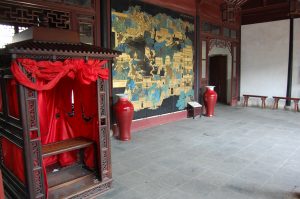 Hall to disembark the litter, and rest for the carriers 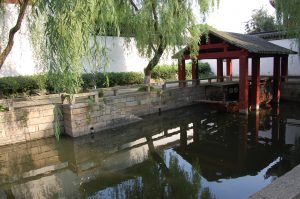 Own landing behind the court 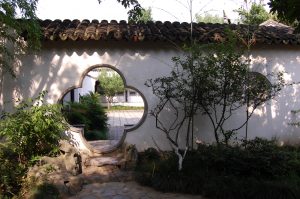 The muse of tranquillity

All together, it was a beautiful day in Tongli. It is recognised als a World Heritage by the UNESCO.