A day in Dujiangyan, another UNESCO Wolrd Heritage site, again: The Dujiangyan irrigation system errected by Li Bing 2.200 years ago. It is still in use today, protects the land from flooding, makes Sichuan soil fertile and its people prosperrous giving them a laid-back attitude to life. 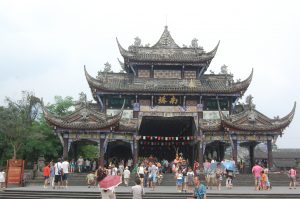 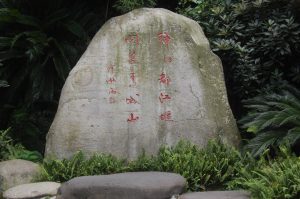 The earthquake of 2008 has not damaged the system substantially 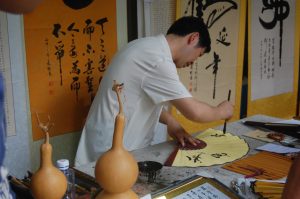 The art of calligraphy

How to get there: From the bus terminal at Metro station Chadianzi, Line 2 in Chengdu, take the bus for 17 Yuan to Dujiangyan. In front of the bus terminal in Dujiangyan local bus no. 7 will bring you further to the main entrance for 2 Yuan. 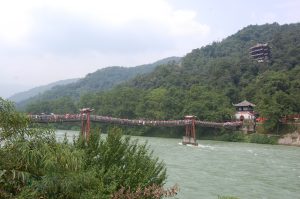 A rope bridge as entrance way 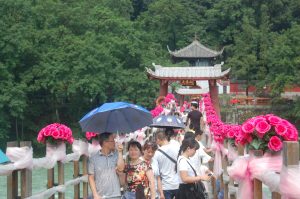 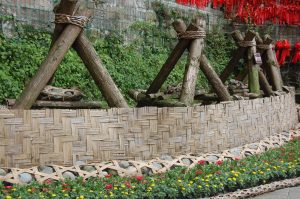 There are two temples on the hill overlooking the irrigation system. One is called the Two Kings Temple to venerate Li Bing and his son who was also involved in its errection. Both were promoted posthumously to kings by the people. 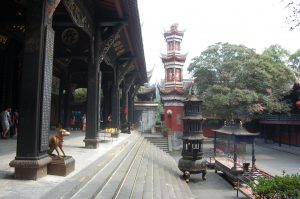 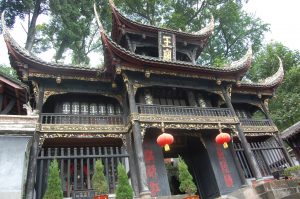