Bremen – Frankfurt flight ist uneventful. Lufthansa service has become worse over the years. Probably like any order airlines as a mean of mass transportation in the air. In Bremen Airport free hot drinks and news papers bars have been removed from the waiting aerea. Inflight meal for the 45 min. flight is scraped completely. In the olden days a warm meal was served, later on a pack of sandwich was handed out by entering the aircraft. Now you get a cold drink and a small pack of crisp, just about right for you to get sticky fingers.

These little things sound unimportant but could be very helpful if you have had a long day of work, a journey from home to the airport, stressful check-in procedure and so on behind you.

Changing to an A-380 Lufthansa aircraft in Frankfurt, currently the biggest jet plane of the world, it is our first A-380 flight and not much different than the other flights, but rather disappointing. The relatively new plane already has some wear and tear inside. Lousy meals: too sweet and to salty. Come on Lufthansa, you did much better in the past! 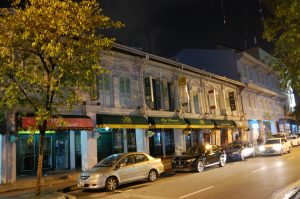 The street of our hotel: Joo Chiat road.

Our first stop-over on the way to Sydney is Singapore as we did it several years ago.
Despite its small size as a city state Singapore, independent in 1965, has developed within few decades to an industrialised modern country.
According to the passportindex.org Singapore has taken over the rank of most powerful passport in the world from Germany since 24th October 2017. Enabling its holder to enter most countries in the world (159 out of 196) visa-free or by visa on arrival. 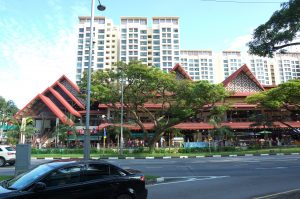 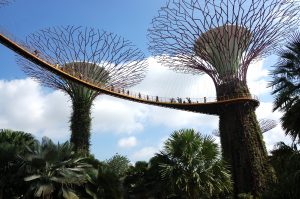 Gardens by the Bay: Supertrees. 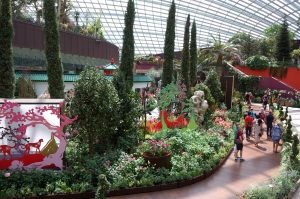 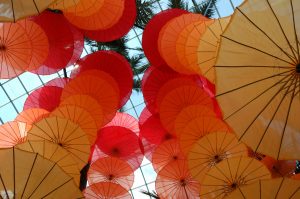 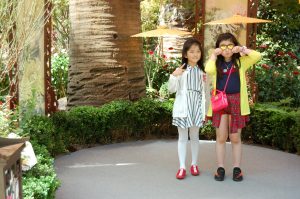 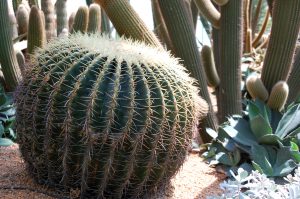 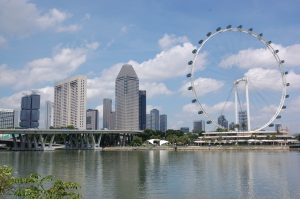 Singapore Flyer, one of the tallest Ferris wheel of the world. 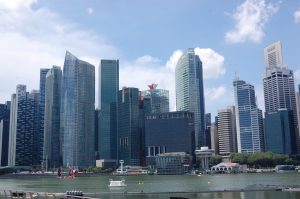 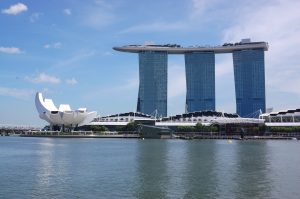 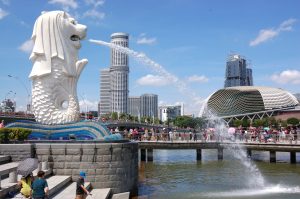 The Merlion, an icon of Singapore.