First day in Verona.
The usual procedure. We left home early at 7:30 this morning. Leave the car at my sis. Tram to the airport. As last passengers to enter the plane. Rented car on arrival. And we feel free! No task, no appointment, no obligation! 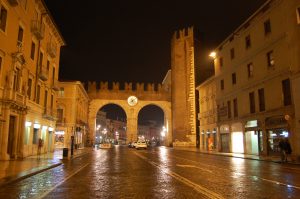 Arrived at 17:00 in our accomodation in Verona, a refurbished appartement in an old house in the vincinity of Verona ´s town centre. Short snooze. 15 minutes walk into town. Candle light dinner on Piazza Erbe. The light rain has ceased and we walk through the quite streets of the historic centre. 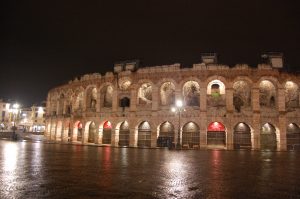 The Arena is one of the best preserved Roman amphitheatres, built in AD 30 prior to the Colosseum in Rom. Due to the excellent acoustics it is used as a venue for opera and concert performances and can host an audience up to 15.000 people nowaday. 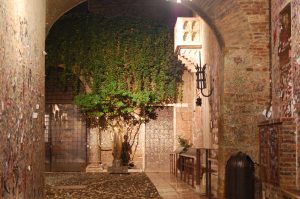 On 10th August 1913 the Aida was performed here to celebrate Verdi´s 100th birthday. Since then the opera festival takes place every summer between June and August apart from the two world war periods. Up to 2011 no mirophone and loudspeaker have been used in the Arena. In recent days it has also hosted many famous international rock and pop bands. 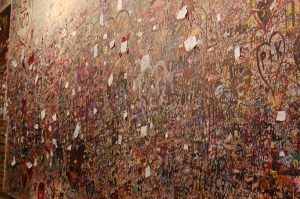 Love messages for the eternity

Fact or fiction? William Shakespeare´s romantic love tragedy Romeo and Juliet has made the story world famous. Its history has long preceded Shakespeare himself. Arthur Brookes (1562), Pierre Boaistuau (1559) or Luigi da Portos (1530) are few of other preceding writers of the drama. 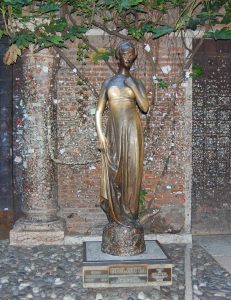 Juliet´s statue: Which breast is shinier?
The legend says, by stroking Juliet´s right breast you will have more luck in love. To do so in day time you have to queue among many international visitors for your fortune

Due to increasing demand a house of the Scaliger time in vicinity of Piazza Erbe was restored and declared as house of Juliet, in the 1930´s a balcony, originally part of a sarcophagus, was added. 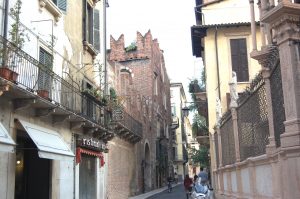 House of Romeo, few streets further opposite to the Scaliger tombs, a Scaliger house in red bricks, not to be visited because it is now privately owned

The following days the sun shines, temperature around 16°C. At night it falls down to 7°C. From the landlord there are two bicycles avaible for us. This makes the sightseeing much easier. 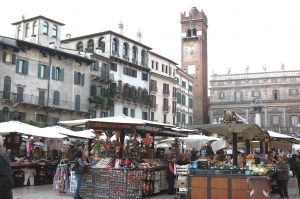 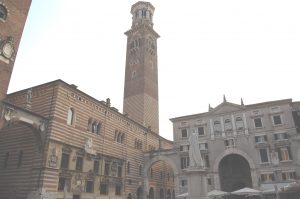 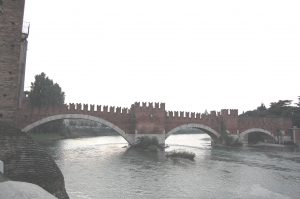 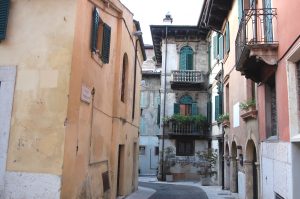 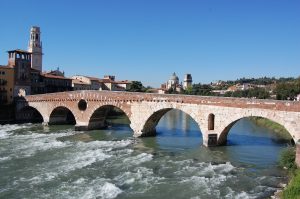 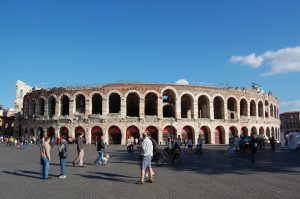 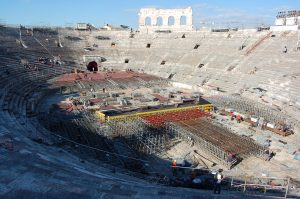